SMG Studios’ Death Squared has been confirmed for release on Nintendo Switch. Following successful releases on PlayStation 4, Xbox One and PC, the Nintendo Switch edition of the videogame will feature exclusive content with additional levels unseen in the previous editions. 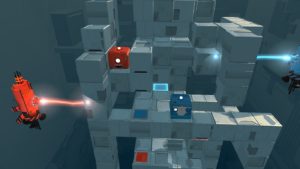 A co-operative puzzle videogame in which a crew of robots escape a hazardous science facility, Death Squared allows up to four players to guide the group to safety in increasingly-complex puzzles. To escape each new challenge, every robot must be escorted to colour-coded destinations. Along the way players will encounter hidden hazards, including spikes, lasers and other deadly devices, potentially sending the whole squad back to square one.

Death Squared will arrive on the Nintendo eShop for Nintendo Switch in Q2 2017. No price point has yet been announced.

Are you excited for Death Squared? Played SMG Studios’ puzzle title on a different format? Let us know in the comments below! 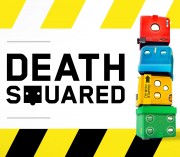