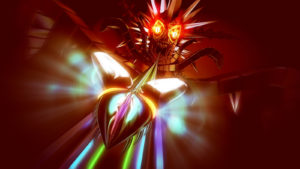 In Thumper, the player is cast as a space beetle. You must brave the void and confront a maniacal giant head from the future. Sound bizarre? It is. Fly down the endless track and crash through punishing obstacles, mastering new moves, overwhelming velocities and surviving epic boss battles.

Are you excited for Drool LLC’s Nintendo Switch debut? Have you played Thumper on other formats? Let us know in the comments below! 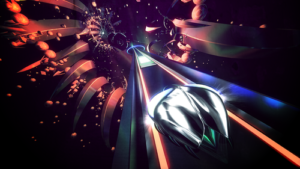